A Brief History of Cleveland, Ohio 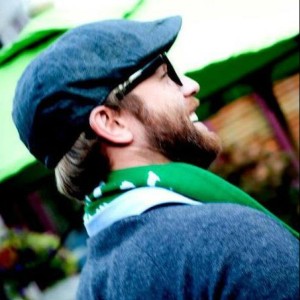 Began career in Web2 in 2004, and have become an early adopter of online technology since. My experience is diverse, with leadership roles in traditional advertising agencies and early start-up software companies. As a WordPress developer, I have built hundreds of websites, and as a digital marketer, have driven hundreds of thousands of leads. The last several years have been spent enhancing my knowledge of blockchain technology, and has mostly focused on NFT trends and tokenomics, specifically on Solana, Ethereum, Aptos, Near, Sui, and Polygon.

Cleveland, Ohio is a city with a rich history that dates back to the late 1700s. The city was founded in 1796 by Moses Cleaveland, a surveyor for the Connecticut Land Company, who named the city after himself.

Before the arrival of European settlers, the land that would become Cleveland was inhabited by the Erie tribe of Native Americans. The tribe was known for their agriculture and fishing, as well as their trade with other tribes in the region. In 1795, the Treaty of Greenville was signed, which opened up the land for European settlement.

In the early 1800s, Cleveland experienced rapid growth as it became a major port city on the Great Lakes. The opening of the Ohio and Erie Canal in 1832 helped to connect the city to the rest of the country and made it a hub for trade and industry. The city’s location on the shore of Lake Erie also made it an important center for shipping and transportation.

As the city grew, so did its industries. Cleveland became a major center for manufacturing, particularly in the areas of steel production, machinery, and automobiles. The city was home to several major steel companies, including the Cleveland Rolling Mill Company and the American Steel and Wire Company. The city also had a thriving automobile industry, with the White Motor Company and the Peerless Motor Car Company both located in Cleveland.

Cleveland was also a center for innovation and technology. The city was home to several important inventors and entrepreneurs, including Charles F. Brush, who developed the first successful arc street lamp, and John D. Rockefeller, who made his fortune in the oil industry.

However, in the past few decades, Cleveland has experienced a resurgence. The city has made a number of investments in its infrastructure and has attracted new businesses and residents. The city has also become a major center for healthcare and education, with several major hospitals and universities located in Cleveland.

Today, Cleveland is a vibrant and diverse city with a rich history and a bright future. The city’s location on the shore of Lake Erie, its access to major transportation routes, and its diverse economy make it an attractive place to live and work. The city’s museums, art galleries, and cultural institutions also make it a popular destination for tourists.

In conclusion, Cleveland, Ohio has a rich history that has been shaped by its location on the shore of Lake Erie, its access to major transportation routes and its diverse economy which has led to its development as a major port city, a center for trade and industry, a center for innovation and technology and a major center for healthcare and education. The city has faced challenges in the past century but has made a comeback with a renewed focus on infrastructure and attracting new businesses and residents, making it a vibrant and diverse city with a bright future.

Get in touch to discuss your marketing goals.
Contact us

A Brief History of Cleveland, Ohio

Why WordPress is Perfect for Small Business Website Development

WordPress vs Wix vs Squarespace, Wix, and Joomla

Should I Buy a Blockchain Domain